The purpose of this association is to support St. Augustine High School students and alumni through scholarship, mentorship, fellowship and community involvement, the support of such purposes to be exclusively charitable, to make and receive contributions as and for this association that qualify as exempt under Section 501(c)(3) of the Internal Revenue Code and any corresponding law of the State of Florida.

Brad has led the Alumni Association since it began in 1997, organizing and building it and serving as its founding President. He and his family claim original Minorcan descent, counting St. Augustine settlers among their ancestors.
​
He and his wife Dawn, along with their son Trevor, opened Davis & Davis Certified Public Accountants, P.A. in 2001. They continue to welcome clients as members of the family, focusing on developing relationships that reflect this special strength. Don’t be surprised to see Brad walking to work on a nice day. The Davis Family continue to live in the North City, a few blocks from their North Ponce de Leon Boulevard office. 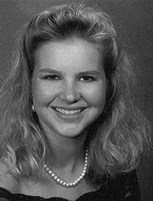 Jennifer Sartiano is a lifetime resident of St. Augustine and graduate of SAHS Class of ’92. She holds a Bachelor of Science degree in Advertising from the University of Florida.

Sartiano served as St. Augustine’s Boys & Girls Club Community Liaison for 5 years where she’s credited with elevating their visibility, sustainability and fundraising events including the creation of their signature event & donor program. Her work with at-risk youth led to serving as the Development Director at St. Augustine Youth Services within the Child Welfare System. Prior to Sartiano’s six years of service in non-profit she worked in the special events sector with careers as a wedding planner & corporate events coordinator.

Sartiano is actively involved as vice president for the SAHS PTO and the Church of 11:22. Her involvement with St. Augustine’s Junior Service League kick started her passion for volunteerism. She enjoys theater shows, foodie adventures and traveling with her husband, TJ and daughter Alexis (SAHS c/o 2023). 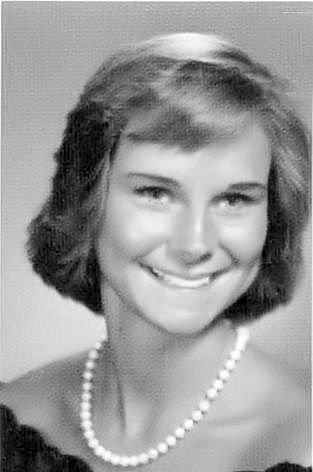 Tracy’s family moved to Florida when she was 1 year’s old landing first in Palatka before moving permanently to St. Augustine in 1976 where she attended 1st grade at R.B. Hunt Elementary School. After graduating from SAHS in 1987, she attended Flagler College earning a Bachelor’s degree in Psychology. Tracy comes from a family of educators including her mother who was an elementary school teacher at R.B. Hunt and her father who retired after 29 years as an administrator at Flagler College. Tracy currently teaches at Flagler College as Assistant Professor of Psychology and director of the Psychology program. She received both a Master’s degree (2006) and PhD in Human Factors from Embry-Riddle Aeronautical University (ERAU) (2017). She has published in peer-reviewed academic journals and presented at various national industry conferences.

Over the years, Tracy has been an active member in the community, most notably, she was instrumental in helping to open the doors of Betty Griffin Center in 1992. Tracy and her husband, Mark, have a son and a daughter who both graduated from Pedro Menendez High School. 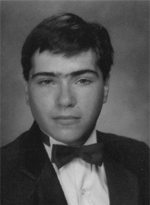 As a Davis in the firm Davis & Davis, Certified Public Accountants, P.A., Trevor and his family offer sound tax management advice to individuals, small businesses and nonprofits in Northeast Florida. Growing up in North City, he attended Fullerwood Elementary, Ketterlinus Junior High, and St. Augustine High Schools, where he graduated 5th in the Class of ’92. He was also a member of the varsity of baseball team, after being active in Little League from age 4. 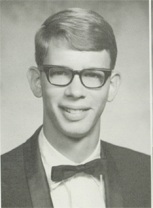 Doug is active throughout the community, including serving on the boards of University of Florida’s Whitney Lab, UF Historic St. Augustine, Flagler Hospital, St. Johns County Education Foundation, the Chamber of Commerce, United Way, and the ARC of the St. Johns. He and wife Doris spend much of their leisure time with family, including their two daughters and six grandchildren. Doug is an elder at Memorial Presbyterian Church and, as a 1974 University of Florida graduate, he is an avid Gator fan.

Deborah Adams, Board Member, Class of 1989

Debbie Adams is an educator-turned-principal passionate about making a difference in the lives of all students. As an instructional leader at the Florida Virtual School, she is responsible for implementing teaching strategies that are challenging, engaging and in the end increase student success. Making an impact is what drives Debbie to volunteer in the community. Some notable learning experiences included volunteering with the Junior Service League, St. Augustine Lighthouse and Museum, Kids Bridge, SAHS Football Boosters and now the SA/KHS Alumni Association.

• She was born in New Jersey and has lived in Virginia, Hawaii, California, Nevada and Florida! Her dad was a Lieutenant Commander in the Navy!

• Huge fan of the Dallas Cowboys!

• She has two dogs – Troon and Buffy!

• She’s an Avid Traveler who has TRIPOPHOBIA (n) – It’s a real thing – The fear of not having any travel trips currently booked!

• She’s the COO of the Adams Family – wife to Bill and mom to their son Matt, who is a junior at the University of Florida – yes, you read that right – UF.

Feel free to connect with Debbie on social media, she enjoys meeting interesting and fun people!